The project “Let’s Dance” was accomplished through the collaboration between L.I.T.C. Russian English Private school and the school OŠ BraćaRibarSisak, in Croatia.

Pupils from both schools , met each other, and presented two pop or rock songs in their mother tongue. Pupils from the other school learned one of the song`s lyrics, melody and then created a choreography to it. The project consisted of four online meetings via Skype and the grand finale was held on the day before Valentine's Day 2015.

Procedure of the project

The project consisted of four phases. Firstly, pupils from both schools met each other and presented three pop or rock songs in their mother tongue. Secondly,pupils were given some time to listen to these songs and choose oneof them and learn its lyrics and melody. Thus, our school had to learn the Croatian song "Vatra, Tango" and they had to learn the Greek song "Kalimeratikaneis". Then, there was another Skype meeting where both schools had a chance to read the lyrics to each other in order to pronounce the words correctly and in sync with the melody. Thirdly, pupils thought of and made a choreography to the chosen song and practiced it. Finally, on the grand finale, a day before Valentine's Day 2015, each school presented the song with the choreography to the other school via Skype.They used different IT tools throughout the project, and presented it in the form of an audio-video performance.

The main purpose of the project was to boost the confidence of the students while trying to communicate in a completely unknown foreign language. Moreover they improved their computer and communication skills while they were working online and communicating online with their peers. Finally students acquired some basic vocabulary from Greek and Croatian respectively, by learning the lyrics of the songs. 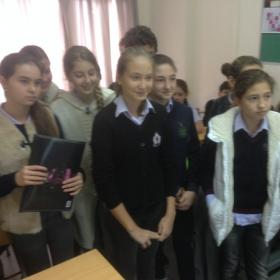 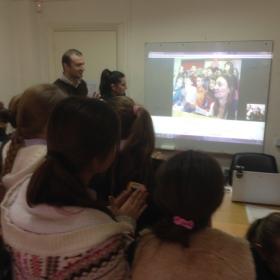 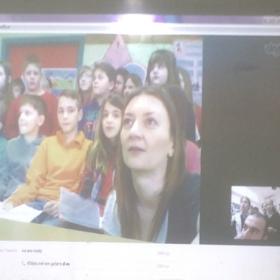 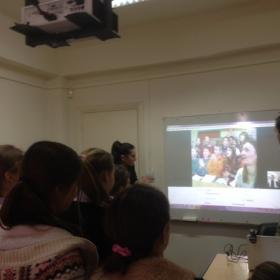 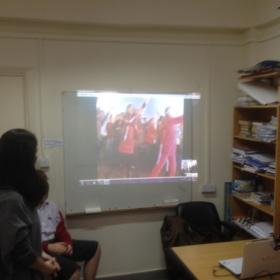 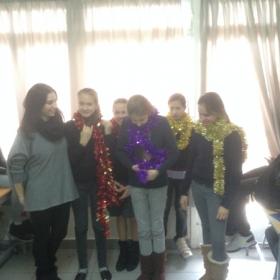 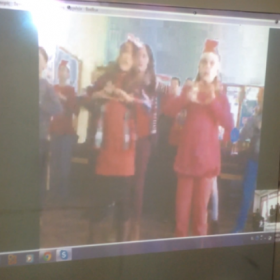 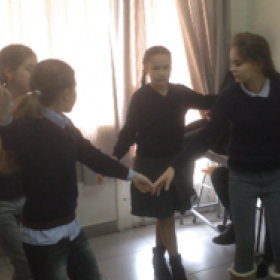